After a year long stock market boom, the investor sell-off from mid-June to early-July saw stock prices fall about 30 percent from their peak and wiped out around three trillion Chinese Yuan in market value.

The flood of money into the stock market had come from many sources: from idle private and institutional cash pools to margin debt-based investments by retail and institutional investors—including an untold number of state-owned entities.

The impact of financial innovation and margin lending on the level of stock market liquidity is a topic I will explore in a future update to this post.

For now, I want to look at the policy tensions that this whole stock market mess reveals by starting with the policy objectives.

One way to interpret the official enthusiasm for the stock market is as a desperate short-term attempt to deliver rising wealth to China’s newly rich and aspirational middle classes in the face of sharply slowing growth.

This is the prism through which some Western commentators have interpreted China’s recent financial and monetary policy moves—from the central banks repeated cuts in Required Reserve Ratios (RRRs) to banks, to the decision to allow China’s pension funds to invest in stocks.

And yet, as Arthur Kroeber has put it, another way to interpret these policy moves is that the stock-market has been a side-show to the wider macro-policy objectives and the longer term capital market reform agenda.

This is a view I completely agree with—to a point.

The stock-market’s rapid rise and its sudden crash also reveal a stark tension in those wider macro-policy and financial reform objectives.

Leaving aside the political risks entailed in tying the party-states’ credibility in China to stock price movements, it appears that China’s authorities think they can gain from upside of financial markets, while doing away with downside–and to some extent they can–though not completely.

From bank-dominated to market-based financing in China?

China’s ‘traditional’ financing system has served to repress the cost of capital and to channel finance to certain types of industrial and infrastructure development through the state-owned banking system.

This ‘traditional’ financial system has remained in place throughout the reform era’s first three decades of high-speed growth. Yet the era of high-speed growth relied on certain structural factors—especially a huge supply of low cost labour in China–which have now reached a something of a ‘turning point’.

Alongside a tightening labour supply and rising labour costs, China’s government and employers have also faced rising land, energy and environmental costs, together with a sharp slow-down in export-growth rates.

In response China’s leadership has embraced the idea of economic ‘rebalancing’ through the pursuit of a new growth model–or accumulation strategy–away from a strategy based on low cost manufacturing and heavy-industrial investment towards what Chris Jefferis calls an asset-based growth strategy.

Whereas the past three decades of manufacturing-led industrialisation required little financial market breadth or depth, China’s leadership is now seeking to raise the service and consumption shares of growth by promoting the rapid reform and development of diversified capital markets.

This asset-based strategy is implicit in the State Council’s financial market reform program which lays out the guidelines for the reform and development of what it calls “multi-level capital markets” in China.

A key target for this reform agenda is to shift the current heavy reliance on debt-based financing towards a greater role for equity-based financing.

This strategy also requires shifting the current bank-dominated system of financial resource allocation to a much more market-based system.

One way to raise the share of equity-financing relatively quickly and relatively easily is to direct more funds into the stock market, such as China’s pension funds, and I suspect these plans pre-date the current problems in the stock market.

Other capital markets are also being encouraged: from the development of asset-backed securities (ABS) markets to the allowing the emergence of parallel banking through internet finance and peer-to-peer lending, and to promoting of market-place entrepreneurial finance by supporting private equity-based ‘crowdfunding’.

The more difficult financial reforms—such as removing interest rate controls on bank deposit rates, are yet to come, and this reform is particularly challenging because of its link to China’s financial account and exchange rate controls.

And yet here-in this pursuit of a market-based financial system and the new asset-based growth strategy lie the policy tensions.

China’s financial system has become much more market-based, but not in ways which are under the complete control of the central bank or other financial authorities.

The growth of the shadow banking system in China is one measure of the emergence of a more market-based financial system. It’s origins are in the ways that key financial agents—many of which are state-owned companies, banks or government entities—have sought to evade liquidity constraints through financial innovations. Much of this has been in order to profit from regulatory arbitrage.

At the same time China’s authorities have often tacitly allowed and even encouraged particular financial innovations, in order to develop more market-based financing.

This rapid growth of new forms of private or quasi-private money in China’s financial system has entailed much greater liquidity in the system and much more complex chains of interlocking financing.

The point is that although asset-based growth brings the potential to finance new innovative forms of investment and to extend financing to the previously excluded, it also brings with it inherent potential for financial instability.

At the same time China’s authorities want to implement this new strategy in much more controlled way than has been the case elsewhere in the world.

So when ‘survival constraint’ starts to threaten the solvency of systemically important financial agents, China’s authorities have stepped in to smooth over these constraints and to ensure that the money keeps flowing.

This pattern of financial innovation, liquidity growth and state intervention is repeating itself.

It has happened with huge build-up of local government-linked debts which had been accumulated ‘off-balance sheet’ through quasi-private Local Government Financing Vehicles, which led to the current clean-up operation by the central bank to restructure existing debts into a new local-government municipal bond scheme.

And this pattern has repeated itself in dramatic fashion with the China’s Security Regulatory Commission (CSRC) and People’s Bank of China’s (PBOC’s) stock market intervention over the weekend of July 4-5, to prevent the spread of the margin-debt based ‘liquidity crisis’ to other areas of the system.

We are only beginning to get an idea of the makings of the stock market mess, including the extent of institutional involvement in the recent liquidity crisis in China’s stock market.

This is the subject of our next update to this post on China’s stock market crash. 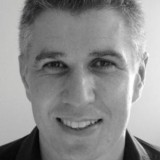 Luke Deer researches alternative finance in China and the Asia-Pacific. Luke teaches in Finance at The University of Sydney. You can also find Luke on Twitter.